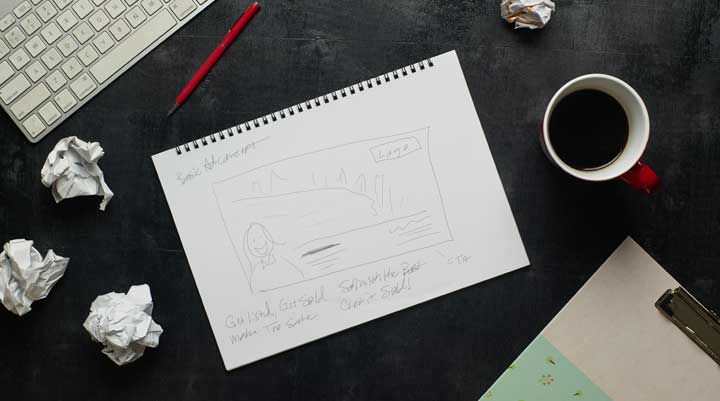 A few weeks ago, a local real estate agent asked us to help him design a two page advertising marketing piece, which would appear in an upcoming magazine publication here on Oahu.

While the Publication had originally offered and actually did produce an ad design for him, it ultimately failed to meet his expectations, which is where I came in.

So here’s a look at the proposed ad that was initially sent to him (Note: While the layout is the same, we’ve changed some of the content, as I have not been given permission to use the original design). 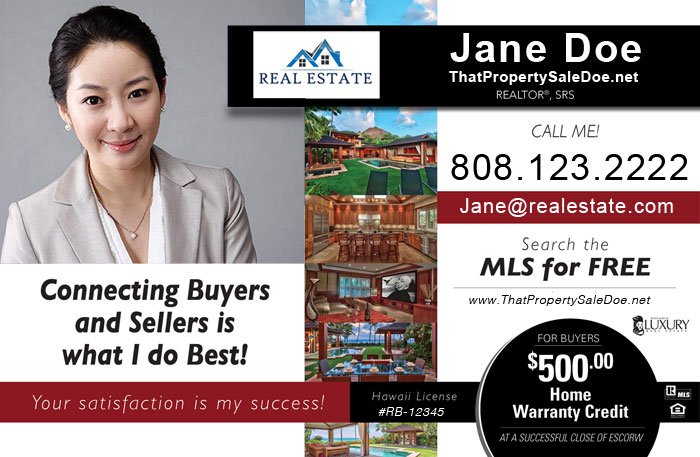 Without getting into everything that’s wrong with this design, we do want to quickly highlight what we see as its biggest problem; which is its “Compositional Flow,”  or the way your “eye” is led through the design. Looking quickly at the piece, you’re eyes (aka focus) will probably be drawn to either:

After reading the Headline, which in this case is the Agent’s name and website, the next logical element or piece of information, would be the CTA or Call To Action, which (to the designer’s credit) does appear next.

The problem is that the weight of the CTA’s font is a bit too light in comparison with the other fonts that are in the design. This means, that instead of your eye moving naturally down the page like it should, it will instead be distracted and drawn to, the more prominent design elements, which in this case, would be either:

Having now taken about 2-3 seconds, coupled with the fact that there’s nothing that really draws your focus back up to the top of the page, in most cases, you’ll probably stop reading and totally miss the CTA, which is really the most important part of the ad.

So with that being said, here is a look at one of the preliminary ad comps that I submitted to the agent (Again, the design has been altered for the purposes of this email). 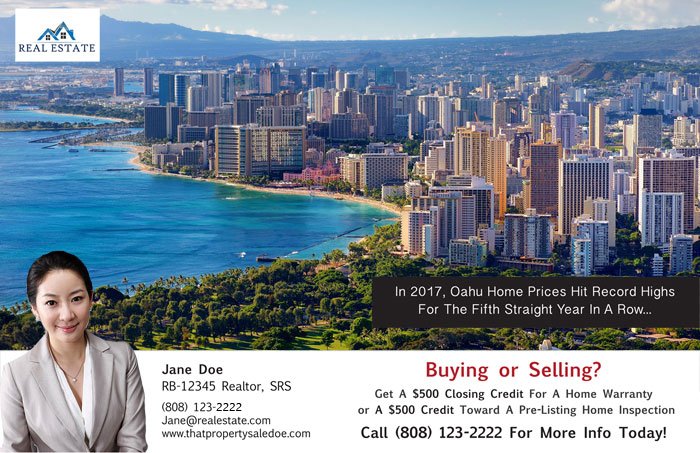 Once again focussing on the design’s composition flow; at first glance, your eye should immediately be drawn to either:
And while not as bold and graphic heavy as it’s predecessor, this version:

This not only creates a much cleaner and effective design/message, but also reinforces idea of luxury real estate services in Hawaii.

In short, when the time comes for you to create an effective marketing piece that sells, always remember to:

Have questions or need help creating a marketing piece that sells? Contact us to schedule a complimentary planning session for your business today! -jz