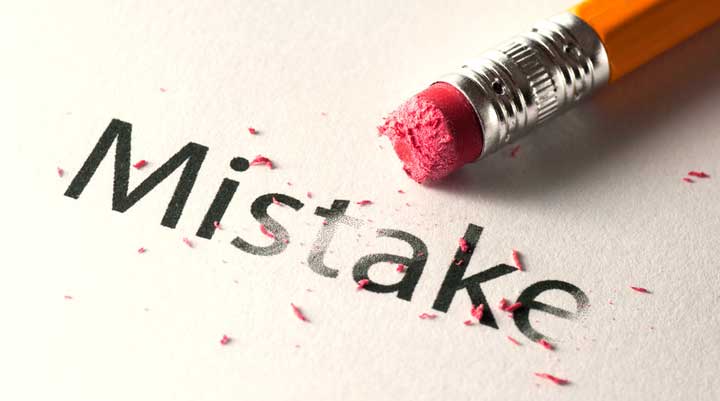 Learning From Your Mistakes

Marketing is made up of a series of assumptions: What you assume people want, why the want it and what (you assume) will make them buy it.  The thing with assumptions, though, is that they are totally subjective and often times wrong.

Even the best marketers will tell you that their brilliant ideas and assumptions don’t always turn out the way they expected and sometimes, it is necessary to either revamp or discontinue the failing campaign. Change is never easy, especially when it requires giving up on an idea/project that we are emotionally and financially invested in; but the thing is, in order to succeed, you need to be willing and able to let what isn’t working for you go…

To illustrate this point, here is a case study on one of our failed projects:

Your Story Hawaii was a project I came up with that was meant to give us the opportunity to not only connect with, but also support and promote the local businesses community of Hawaii by telling the story of the amazing business owners & families behind it.

Based upon the idea that traditional methods of communication such as word of mouth marketing were taking a backseat in today’s tech savvy society; the goal of the project was to use social media as a means to tell the story of Hawaii’s older small business owners – giving them the opportunity to attract and (re)connect with a younger millennial audience.

Using their experiences and stories as a way to personally engage and connect with their customers – a major part of the project was the opportunity to win a free video promotion, as determined by the local community via social media.

After running the idea by a number of different colleagues and business owners, I was absolutely convinced that my assumption was solid and the opportunity to receive this type of marketing promotion would be a no brainer for any business owner.

Needless to say, the videos were key; not only because they required a significant time and monetary investment on my part, but also because they were literally THE cornerstone of the entire project.

While video content and influencer marketing are now at the top of every marketer and business owner’s mind, at the time I think I was a bit ahead of the curve (at least here in Hawaii).

As awesome as the project and my assumptions sounded on paper, shortly after shooting our first video and launching the project online, I began to notice the following problems:

After a lot of careful consideration and weighing all of my options – many of which meant investing more money on advertising and PR for the project than I could personally afford at the time – I came to the conclusion that I just did not have the time or resources to keep this open ended marketing venture going.

It was then that I decided to place the project on indefinite hiatus, focussing my time and energy on things that would still allow me to not only help business owners, but turn a profit as well.

Negative results are just what I want. They’re just as valuable to me as positive results. I can never find the thing that does the job best until I find the ones that don’t. – Thomas Edison

The secret to dealing with failure is to understand what you did wrong, learn from your mistakes and then continue moving forward. While the project itself was far from successful, I can’t even describe how extremely proud I am of how amazing the video turned out, and would like to especially thank Pono Grace for his awesome video and production work.

I’m also very happy to have been able to provide our client Kamala Skipper, owner of Kamala Wellness Company, an amazing marketing piece to help promote her business. – jz