For it’s health seminar on Cancer control and awareness, the organizers at the Honolulu JSDA Church in Manoa decided to cleverly use the word “Gan,” which is the Japanese word for Cancer as a pun (the A in Gan is pronounced as “ah” – giving it a similar pronunciation as the word gun) to attract attention and interest in the local Japanese community.

The psychological effect that words have on a person are nothing short of miraculous, and when initially approached for this particular project, we instantly fell in love with the concept of “gan control” and it’s visual communication and design potential.

For the majority of people, attending a health seminar is the equivalent of watching grass grow, and for this reason the posters and mailers for the series needed to be an attention grabber.

Playing off of the health seminars’ name, the poster features the Japanese character for Cancer caught in the crosshairs of a gun scope. The blurred background images of cancer cells, coupled with a black and red color palette is bold,  “in your face” and reminiscent of a Japanese manga. 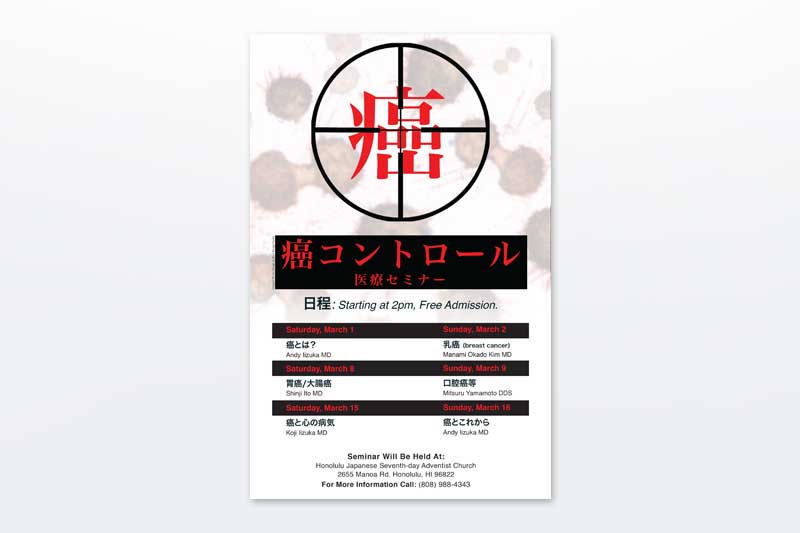 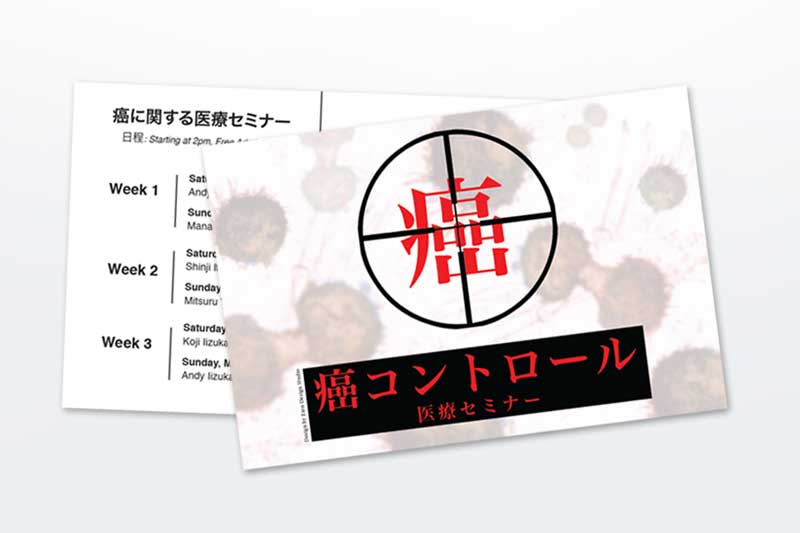