Each year, Hawaii Doggie Bakery has a tradition of collaborating with a different local Hawaii designer/artist to create a  special banner for their special Good Luck New Year’s Doggie Mochi, and we were honored to have the privilege of helping to design the banner for the Year of the Dog.

In Hawaii, New Year’s celebrations are heavily influenced by a number of Asian and local island traditions – many of which come from the Japanese and Chinese culture.

Creating a modern illustration design, the banner features the Bakery’s official “taste testers”/mascotts,  Katsumi and Kuri, alongside a number of Japanese New Year symbols/traditions; which are believed to bring prosperity and good fortune throughout the New Year. 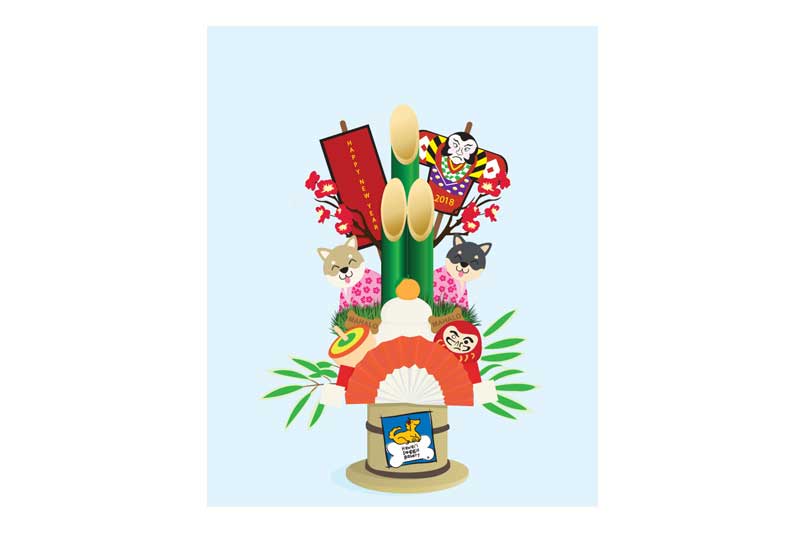 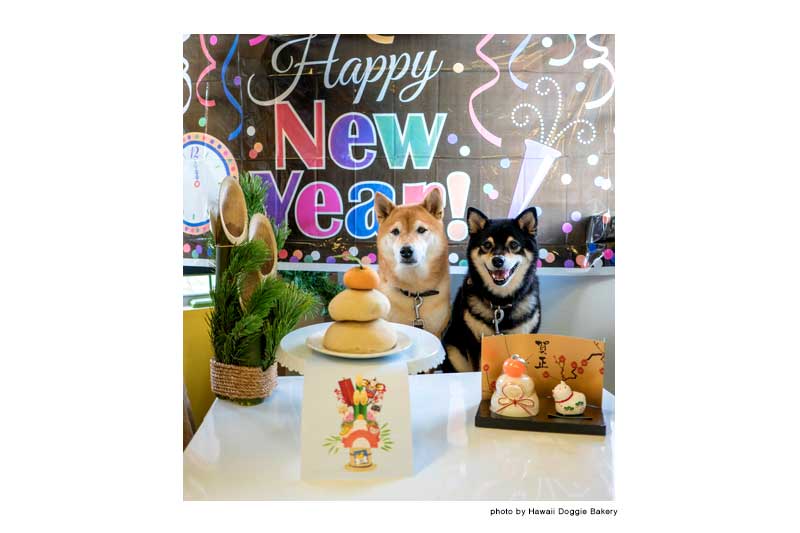 Matters Of The Canine Kind